The Unlikely Heroes of Ireland | Most Fun History Facts of Ireland
12763
post-template-default,single,single-post,postid-12763,single-format-standard,strata-core-1.0.5,strata-theme-ver-3.1,ajax_fade,page_not_loaded,mac,wpb-js-composer js-comp-ver-6.0.3,vc_responsive

The Unlikely Heroes of Ireland

At the end of the 16th century, the native Irish, who were thought to be barbaric imbeciles unable to govern themselves, were dispossessed of what remaining lands they owned, not already occupied by foreigners,  and replaced by English  settlers under Queen Elizabeth I . Thus began the legacy of the Anglo-Irish landlords. What followed was heartbreaking. A legacy of religious persecution,  forced emigration and evictions, famine and ruin of the native Irish. 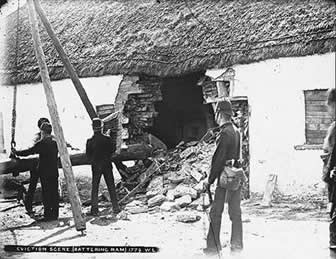 Not every landlord was  heartless and cruel though it certainly was the norm and easy to see how the stereotype would be hard to dismiss over all of the gentry. One  family dared to defy their peers. They were the Gore-Booths of Lissadell in County Sligo. Their ancestry  goes all the way back to  those first colonists given land by Elizabeth I.

Born in London, the most famous of the Gore-Booths was Constance, who would later be called The Rebel Countess, or Lady Markievicz.  She grew up with governesses,  spoke multiple languages,  was a poet, a painter, and skilled horsewoman. Fearless and a philanthropist even in childhood, she often missed meals and lessons for she was a frequent visitor of the houses of the poor. She would later be best known for her part in the 1916 Easter Rising.

Because Constance was a Patriot and one of the few women known for her part in the War for Irish independence, there is much written about her. In fact most of my facts come from a very thorough biography ‘The Rebel Countess’ by Anne Marreco. But Constance would not have become  strong-spirited, fierce in her convictions, generous and independent, if not for her father, Henry, and her grandfather, Sir Robert Gore-Booth. Both men were rich landlords.

Sir Robert Gore-Booth is best remembered by the local Irish in two very different shades of light. Both  stories show the power of the landlord. 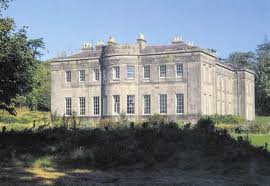 Lissadell Estate, Home of the Gore-Boot

In 1833 Sir Robert bought land called the Seven Cartrons, a township inhabited by fishermen and small landholdings. In the mood of the time, Sir Henry began to make clearances of his property. His choice of an agent fell on a man called Dodswell, famous for his ruthless evictions.  It  may have been the single worst decision Sir Robert ever made in his life, perhaps one he never stopped trying to correct. Dodswell  made all the arrangements. He offered the hapless tenants plots elsewhere but the land was so poor that they took the alternative offer of compensation and passage money to America instead. (it is stated that the compensation was generous for the time, no doubt a stipulation by Sir Robert) The ship boarded, no sooner had they sailed out of Sligo when the ship sunk and all aboard drowned. It is said that some of the bodies floated on the shore of Lissadell property. Whether Sir Robert simply closed his eyes to what Dodswell was about or was simply ignorant of the facts, is unknown. Later Sir Robert would be known to be a very benevolent landowner who spent thousands of pounds on food for his people in the Famine. In 1881 the London Times stated Sir Robert spent 40,000 pounds on relief for the starving Irish. In 1903 he was one of the first to sell a large part of his estate to his tenants. He died in 1876.

In 1879 was another potato failure and terrifying since many still remembered the Great Hunger of the 40s.  At Lissadell, the Gore-Booth family stored food in their house, doling it out to the poor from morning to night. (an event unique at that time in Ireland.) The new Baronet, Sir Henry became known as the good landlord. He reduced rents by as much as 18-40% or forgave them completely. He allowed his tenants to cut thorn  from his property for fencing and granted turf cutting rights.  He was also remarkably unprejudiced towards Catholics. One night when Sir Henry was visiting a neighbor, he heard a great clatter outside. When he looked out the door he saw hundreds of people from the surrounding countryside, torch lights in their hands, lead by a local Temperance Band. As he stood in the door cheer after cheer went up for Sir Henry Gore-Booth.

Sadly, the Gore-Booths were not typical of Anglo-Irish families  but were it not for those of their social class,  Ireland might not have won her freedom at all.