Ten Things You Didn’t Know About July 4th in America

1  Thomas Jefferson (3rd U.S president) and John Adams (2nd president of the United States) both died on July 4th 1826, the 50th anniversary of the of the Declaration of Independence. 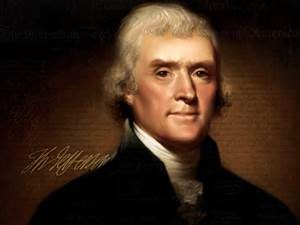 2  John Adams argued that Independence day should be July 2nd not July 4th as that was the day the Continental Congress voted for independence from Great Britain.

3  In 1778, American Independence day was celebrated not in America but in Paris when Benjamin Franklin and John Adams confirmed France’s involvement supporting American Revolutionary troops.

4  In pre-Revolution years, colonists held celebrations with ringing of bells, bonfires, and festivities in honor of King George’s birthday but by 1776 this all changed. The celebration of the day began with a mock funeral for King George III.

5  George Washington gave double rations of rum to his soldiers on Independence day.

6  Philadelphia may have been the first place to celebrate Independence day with fan fair. On July  4th 1777, they marked the occasion with bells, bonfires and possibly for the first time—fireworks.

8  July 4th, 2012 the 1st Irish-America Day was celebrated in New Ross, Ireland in recognition of friendship between Ireland and the United States. The ties to New Ross in particular include John F Kennedy’s great grandparents. Thousands of more Irish men and women left the shores of New Ross during famine times in the 1840s. Many more fought in American wars including the Revolutionary War.

9  The original draft of the Declaration of Independence was drawn up by Charles Thomson, secretary to the Continental Congress and an Irishman emigrated from Londonderry in 1739.

10  The 1st printer of the Declaration of Independence also was Irish, John Dunlap from Strabane, County Tyrone. He was also the founder of the 1st daily American newspaper.