Patrick Taylor, best-selling author of the Irish Country Doctor series, had this to say when asked what he wanted on his tombstone. He wasn’t a bad fella. Pretty simple message, eh? Interviewing this highly respected Irish doctor and medical researcher turned novelist, I found him anything but simple. While we were on the subject of his eventual demise, Patrick told me a story. “When I told my daughter I planned to be cremated, she told me she knew what to do with my ashes; she planned to add them to the septic tank because she said I was always full of shit.”  I laughed. As a writer myself, I interpret this to mean Patrick Taylor has oodles of imagination and creativity, a fine compliment in my book. I hope Patrick agrees with my assessment.

Visiting by phone, myself in Western New York and Patrick Taylor on Salt Spring Island, near Vancouver, British Columbia, I found himself to be generous with his time, charming, and good company. A true Irishman. The following is a record of our conversation.

Brighid O’Sullivan: The characters are so interesting in the Irish Country Doctor series. I wonder; are they based on real people you’ve met?

Patrick Taylor: Not really. Creating characters is like taking a bit of this person and a bit of that person and molding them into a character, their traits, their descriptions but not any one single person. I once knew a man whose nose went completely white. I gave that trait to O’Reilly, the main character in the Irish Country Doctor books.

Later I asked if one of his most well-known characters, Kinky the housekeeper was based on a the personality of his mother since she was so motherly to the character, Doctor O’Reilly.

Patrick Taylor: Ah no, not my mother. My mother was English and a tiny woman and Kinky is as Irish as they come and built like a tank. There was someone who I got some of her traits from however. When I was a young doctor we had to work 24 hours shifts and sleep in the hospital. There was a chief nurse in the Emergency Room. The ER was staffed with interns and this nurse was a big woman who was very protective of her doctors. Once a man came in with a bad back and she said to him, “Ah its too bad about your back but if you wouldn’t mind waiting over there for 2 to 3 hours, the doctor’s just out in the back giving a pint of blood.” 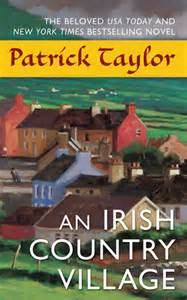 Brighid O’Sullivan: Jack Whyte inspired you to write your first book? How did he do that?

Patrick Taylor: Jack and I go way back and he’s an author in his own right. I was writing short stories for a medical column and he said to me one day that I should try my hand at a full-length novel. I had never considered that really. So I went home and I thought about it and decided why not. So I put together a sort of autobiographical 800 page novel. I pitched it to several publishers and was told I needed to talk to other writers about the process. Eventually I scraped it and wrote another one, had it professionally edited and that’s when it sold.

Brighid O’Sullivan: Is there any advice you learned early in your career that you would pass onto new writers? 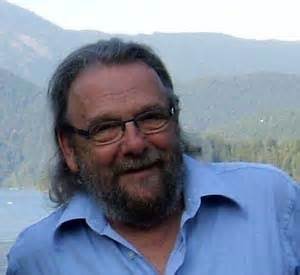 Patrick Taylor: There is no mystical way to do it. You can’t wait for the perfect time or the perfect place to write. You just have to sit down and write every day. Sometimes it is frustrating. For instance, in the last 2 weeks I was struggling with a plot line. You just have to keep at it. You also have to be able to look at yourself and know if you have what it takes or if you do not.

Brighid O’Sullivan: Do you hear from your readers? What is the most unusual thing a reader has said to you?

Patrick Taylor: Once someone wrote to tell me that one of my characters aged too fast. I thought, give me a break; it’s fiction. And you know, some people think of me as a blasphemous gentleman. I’ve had hate mail in the past where fundamentalist Christians said I would burn in hell. Catholic and Protestants have different ideas too. One thinks it’s ok to swear the other it’s a sin.

Brighid O’Sullivan: Your newest release June 23rd Only Wounded takes place during The Troubles in Northern Ireland. This is not like your light comical Irish Country Doctor Series. I am guessing it is a serious book.

Brighid O’Sullivan: How did that turbulent time in Irish history affect you personally and did it have anything to do with your emigration?

Patrick Taylor: Well none of my family were killed but there were several things that made me leave. As for the Troubles, I hated going into a 20 bed women’s ward that should have been filled with women and finding instead men mangled and disfigured by bombs or stray bullets. Ridiculous waste! As for my practice, its very hard to get ahead as a doctor in Ireland. You go through all that medical school and then you get your specialty but you can wait ten years or more to be put on staff at a hospital. There just aren’t enough jobs. So there was that economic factor too. I went to Canada first then I went to England for two years, took over for the doctor who created the first test-tube baby. Then back to Canada for 18 years, back to Ireland for 2 years. Finally returning to Canada again in 2010.

What Every Reader Wants to Know

Brighid O’Sullivan: Are you Doctor O’Reilly or Doctor Laverty?

Patrick Taylor: Neither, although there may be a bit of me in them because when you make up characters you have to get inside their heads and try to figure out how they would react to this or that. Sometimes I try to think about Doctor O’Reilly or Doctor Laverty and what they would do in a specific situation but if I cannot find an answer, I’ll think about how I myself would handle that situation.

Brighid O’Sullivan: What were you like as a child?

Patrick: Taylor: I was a horrible child! laughs. When I was 4 years old I thought all kids had 3 parents because, you see, my mother was English and my father an Irishman in the military service. While my father was stationed in the Middle East, we went to live with my aunt and uncle in England so I had 3 parents. In my 4-year-old mind, I thought everyone had 3 parents. I believed it was that way for every kid. I was also a precocious reader and you know you cannot be a writer without first being a reader.

I would like to thank Patrick for his time and allowing me to interview him. If you are not familiar with his Irish Country Doctor series, they are funny, unique and quick reads. Taking place in a fictional village called Ballybucklebo, Northern Ireland, Patrick Taylor combines wonderful story-telling with the most outrageous quirky characters you ever want to meet. He also has a glossary at the back of the book which is priceless to learning the colorful language and slang of the Northern Irish. The glossary alone is hilarious! There is also a cookbook coming out based on recipes from a character in his book, Mrs. Kinkaid or ‘Kinky.’ I’m sure he’ll let me know when that is available so keep tuned for the news of that in the Celticthoughts.com newsletter. You can sign up here.