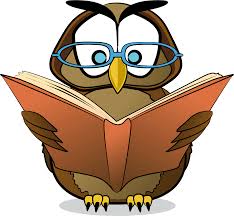 Welcome Readers and Authors!!  This is my book review page and a very unique place. Here, I will be reviewing books a little different than other review blogs do. I will be using my reviews more as a tool to teach than a place to recommend books to read. I read all the time and often I have 2 to 3 books going at once. As a writer myself, I read for more than just pleasure. I read like a writer and learn from my fellow authors. There are so many great books out there but few are great in every aspect of fiction writing. Some hit me with fabulous dialogue or interesting characterization and others with tension building or plot points. Others just wow me in a different way. So be prepared to learn something. Comments are always encouraged and please do RT your favorite authors. Warmly, Brighid O’Sullivan

The Power of Symbols

Symbols in fiction writing are powerful, can evoke emotion, foreshadow plot points and enhance characterization, a tool worth mastering if you write fiction. I recently read The Duchess War by Courtney Milana historical romance set in England. Courtney is a master at using symbols in her writing. Her symbol of choice in The Duchess War is a child’s Primer.  In the book, Minerva Lane (Minnie) is about to learn some heart wrenching history about her new husband’s childhood. Robert Blaidsdell, the Duke of Clermont was used as a  pawn between his parents. His mother held the purse strings while his father held him. Robert’s childhood was made up of tugs and pulls, leaving him feeling unloved and unwanted by either parent. His father was a tyrant, cold and callus, and his mother appeared to have become heartless as well, perhaps as self-protection. Robert tells this story to his new wife, Minnie, claiming it is a funny story, but Minnie is appalled.

From The Duchess War: (abbreviated version of the scene) ” When I was six I played the most pitiful urchin and pretended I couldn’t read,” Robert said. “I pretended not to know my letters. I stared blankly at the page and started to recite the alphabet but I skipped letters L through P. I counted to one hundred for her and transposed the sixties with the seventies. I added five and six and came up with thirteen. It was my father’s brilliant plan and he was right–it almost worked. She hadn’t left yet. After a few days, she dashed off  a letter to her father, ordering hims to send another trunk with her things. After three days of this I was chafing at the bit. wondering when I could get back to reading Robinson Crusoe.  When we got to M-is-for-Mouse, I changed it to M-is-for-Mamma. She gave me this look and demanded to know why I said that. I told her it was because I didn’t want any mice about, but I  liked having her there.”   Robert relays how his mother packed up and left; she didn’t see him again for 3 whole years! Later in the book, Minnie buys Robert a present, a new handmade Primer When he asks her why the Primer, she tells him so he can read to their children some day. Robert turns to the first page and points. “A is for all the reasons I love you.”.

I’ve just read my second book by Courtney Milan, Proof by Seduction.
I’ve noticed something else Courtney does. She uses symbols as a foreshadowing tool and also a gauge to show specific character  changes. In Proof by Seducition, we encounter three main characters, a fortune teller named Madame Esmerelda, a naieve and insecure young man named Ned, and a  pompous hard-nosed  nobleman named the Lord Blakely.

Blakley is both a scientist and mathematician; and all he sees in Madame Esmerelda is lies and deceit; he becomes hell bent on exposing her. Blakley is a lion when it comes to his responsibilities and Ned is one of those responsibilities.He is intent on exposing Madame Esmerelda as a fraud because his nephew hangs on her every word, has lived his life according to advice he’s received from her. Ned believes Madame Esmerelda can foretell the future and is responsible for every good thing that has ever happened to him. This just makes Blakely angry as ever and he’s willing to do anything to expose the fortune teller, even play her little games of cat and mouse. The symbol in the story is an elephant. An elephant you say. Yes. An elephant! Madame Esmerelda is mostly making it up as she goes along and apparently that and an orange jumped  inside her head. Blakely probably knows this and shows his negativity often yet he plays for Ned’s sake. The fortune teller and Blakely are in a sort of war. She makes a promise to foretell the exact woman Blakely will marry and Blakley’s task? He has three to perform of Madame Esmerelda’s choosing, one of which is to carve an elephant and give it as a gift to the woman she has chosen for him.  He does this but the elephant breaks off its nose, signifying Blakely is broken too. By the end of the book, both characters have gone through their arc, transformed or should I say showing the sides of themselves each was hiding from the other. The author adds the elephant one more time to the story after the characters have almost lost each other. When Madame Esmeralda sheds her scarfs and black drapes, she takes off her facade. Blakely has been softened too and in the last scene of the book he gives Jennie (Madame Esmerelda) a real live elephant. As a wedding gift! You’ll have to read the book to see how this happens. Its’ amazing!

Have you read any other books, (could be your own) that uses the power of symbols?