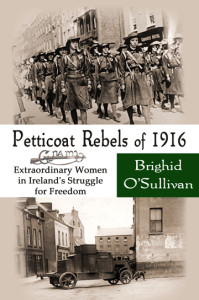 Nellie Gifford did not graduate and left Alexandra College in her late teens. Both she and her sister, Sidney were disgusted with the snobbery of both staff and pupils. Nellie, who was considered by her mother not as smart as her sisters, did not regret leaving. Instead, her mother put her to work in her own kitchen serving tea and treats to her mother’s high society guests who arrived in flowing skirts and big hats. Like a common maid, Nellie was not allowed to speak to those she served, nor was she to be spoken to. Here, in her mother’s own presence, she learned more lessons that would shape the rest of her young life. Several of her mother’s friends were the parents of her classmates, people she’d come to disdain for the way they looked down on everyone around them . These high society women talked about the war as if it was unimportant. They referred to young men, fresh out of school, dieing in a foreign land as if it were a foregone conclusion, almost boasted about. She found it appalling when one woman spoke about her own son joining his regiment The mother sounded so nonchalant, as if she were describing her son on a holiday. Conversations like this flooded Nellie’s blood with rage and she wanted to do something about it. Serving tea and scones however was not likely to change anything.

In 1908, Susan Mitchell wrote a Christmas ballad about an Irish boy in a workhouse conscripted into the British army ‘for the glory of the Empire.’ Padraic Column’s play, ‘the Saxon Shilling’ also was published. By 1910 , Arthur Griffith was promoting anti-enlistment propaganda in both large and smaller newspapers. Griffith wrote, the strength of England lies in her armed forces. Guns and battleships are useless … and … Without a large Irish contingent in the British army that army would be of no more use in serious warfare than an armed police.

Conscription was not implemented in Ireland but like a cat outside a mouse hole, Republicans believed her majesty’s army would capture her prey eventually. They needed to take action to prevent this from happening.

Nellie Gifford remembered her friends and relatives lost during the Boar War and she was determined that if it was at all possible to keep Irishmen from going to war she would help. She was concerned about Irishmen living in Britain. Would they fall through the loopholes and be conscripted the same as Englishmen? Would these boys be safe? She expressed her fear to Helen Molony who suggested asking an Irish MP to pose the question in the House of Commons. There was a very short window of time as Parliament sat on Tuesdays just 2 days away. The only MP who had not already left for England was Alfie Byrne. He lived around the corner from Liberty Hall. When Gifford and Molony had arrived at Byrne’s house, they found he had taken a boat to Holyhead so they followed him there. Unfortunately, he had continued onto another house so the women decided to go back to his house to wait for his return. When they met with Byrne they found him very cooperative and willing to ask what needed to be asked. On Tuesday in the House of Commons, Byrne posed the question of whether Irishmen living in England were exempt from conscription. When they said they were not and that they could indeed be drafted. It influenced a huge wave of Irishmen, one being Michael Collins, to travel back to their native country of Ireland.. Without that question put to Parliament these men would never have known until it was too late. They may have been forced into a war they did not believe in and were not prepared to fight.

There seemed to be another problem when all these Irishmen returned to Dublin. Read what Nellie created to support the out-of-work Irishmen and how she met Michael Collins.