Irish Pride I Learned From My Father | Most Fun History Facts of Ireland
12706
post-template-default,single,single-post,postid-12706,single-format-standard,strata-core-1.0.5,strata-theme-ver-3.1,ajax_fade,page_not_loaded,mac,wpb-js-composer js-comp-ver-6.0.3,vc_responsive

Home / American History / Irish Pride I Learned From My Father

Irish Pride I Learned From My Father

My father was extremely proud of being Irish, though I would learn later in life, that were are also  part Polish with a smattering of Russian in the pot too. See my post on the Polish Jews in Ireland.  Polish is one of the most popular languages in Ireland right now, with many traffic signs in both English and Polish. Though my father would never admit to being anything but Irish, it wasn’t our Irishness that he instilled in me but something more valuable: that one is worthy, no mater what anyone tells you. Though the Irish disease consumed my father in the end, and for many years before that, he was  extremely intelligent  and proud of everything he’d accomplished. He could answer every trivia question on a television show called Jeopardy, something I find, even now, astonishing in itself. I’m lucky to get one or two answers on this highly competitive game show,

where only the most brilliant of people are allowed to participate.

My father was also in the army, during the Korean Conflict; it was a time of war that was not categorized as being that important. He did what every good soldier does, obey and watch, as many of his friends unfortunately met their doom, most having no knowledge of why they were in Korea in the first place. Politics! The Vietnam Conflict was more of the same. The country was full of protestors  and people yelling, “Make love, not war.” Many Americans were not supportive. Reminds me of the Volunteers in Dublin after The Rebellion of 1916. After the Irish Volunteers and Irish Republican Brotherhood  took over the General Post Office on Easter Monday,  the general public was still not supportive. WWI was raging and Irish tempers flared. Dublin was one of the most poverty stricken cities in all of Europe and people were starving. Many had joined the British army so they could send money home to their families. To the rebels this was perfect timing though. While the British were engaged in war, the rebels struck  for independence. However, the general public did not see their actions as heroic. During the conflict with the British army, much of Dublin was destroyed;  and it was more difficult than ever to get bread. People were killed by stray bullets. The rebels  surrendered after just five days. As they marched past the very countryman they were fighting for, they were heckled and spat on. Later, many would change their opinion, as every man who had signed the Irish Proclamation was executed by the British, one being tied to a chair because he was already dying.

Now I have never been a fan of politics. In fact I don’t even watch the news for I believe the American media only reports that which benefits their own political agenda. In the early days of our country there were two newspapers, one for each political party, making it abundantly clear which direction they were slanting their story. The news of today is not that clear and people generally believe what they hear.. 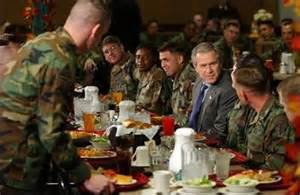 Here is a story told to me by my friend, Deborah who is a retired navy medic.  To my knowledge it has not been reported. During the Afghanistan War, many of our American wounded flew on transport planes between Germany and the United States.  President George W. Bush flew with some of these soldiers, prayed over their shattered bodies, many of them missing limbs. He comforted them best he could, along their painful journey instead of flying in in the comfort of every American president. In researching this essay I came across a non-biased news feed and a clip from an author/ journalist, Ann Jones discussing her book, They Were Soldiers–How the Wounded Returned from America’s Wars. She is a first-hand witness to soldiers during the Afghanistan crisis. Check this out and or her book as well. I’m guessing most of what she says was not in the papers. 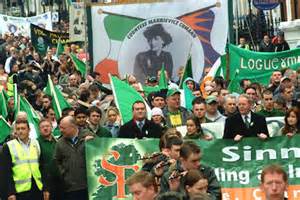 So what would my dad say about all this and being Irish? Perhaps he would have said focus on the positive for there is always too much hate, too much strife and hardship in the world and if you think about it too much you might not even get out of bed in the morning. Believe in yourself and do what is right. Above all else do the best at everything you do and have be proud. You’re Irish for God’s sake!