Irish Dance and Tripping the Sod

Irish dance has gone through numerous changes since its inception from tan, wigs, and elaborate costumes to daring to wear pants during a competition. Such was the case in New Jersey where Breanna Broesler broke the mold of traditional Irish dance while competing in Glasgow, Scotland.  While not unusual for Irish women to challenge social norms, a brave step for a 22 year old. After all, Irish women have been known to take much greater risks. They challenged the authority of the British Empire in 1916 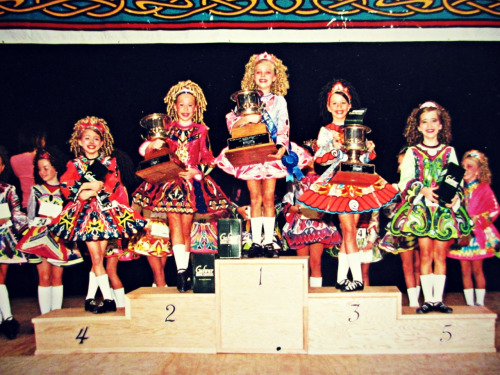 How I would have loved to see my little girls compete but would like to see it performed more simply, without the wigs, and extravagant dresses. My hats off to Brianna Broesler! when she dared to dance wearing trousers.

By the way, the word, phony, was derived from Irish. This is one of the fascinating trivia facts in the book, 100 Things You Didn’t’ Know about Ireland

Irish music and dancing are one, and like Irish music, the steps were taught  from person to person, generation to generation,  never to be written down until centuries later. Although most Irish culture was forbidden by England during Colonial times, the king of England loved entertainment.

Two Irish dances were imported at the request of the Tudor King.

They were both country dances performed in a ’round.’ In addition the English were fascinated by the sword dances, favored by Scots. In fact, Ireland, Scotland, and France share history with Irish dance.

As far back as the 1700s or more, Dance Masters traveled through rural villages, stopping along the way to teach dance steps to country people. He brought his own musicians and stayed with a local family. Dancing took place in kitchens, barns, at crossroads or out of doors.

This later form of education was called Hedge Schools. This is where the phrase, “tripping the sod ‘ came from.

Jumping and Twirling to an Irish Muse!

Not all Irish dance is the same. Some dances are meant as solo performances while others are meant to be with partners or in a large group. All share the frenzied jumping and often twirling to an Irish muse.

Irish dance has also migrated and mingled with the American Colonies of the South with Irish French, Scottish and Polish migrations. Their dances can be very similar.