How To Learn the Irish Language in Bitesize Bits | Most Fun History Facts of Ireland
12687
post-template-default,single,single-post,postid-12687,single-format-standard,strata-core-1.0.5,strata-theme-ver-3.1,ajax_fade,page_not_loaded,wpb-js-composer js-comp-ver-6.0.3,vc_responsive

How To Learn the Irish Language in Bitesize Bits

I have been curious about the Irish language but confess to thinking it is something so daunting, so out of my reach, that I have not even tried to learn much about it. I have heard there are Gaeltacht regions where the Irish language is spoken not only in Ireland but in specific parts of the world, which leads me to believe this is a another part of Irish culture that simply could not be erased from the Irish identity no matter now hard the English tried.  I’ve also learned recently that the Irish language is over 2000 years old. I find that amazing.  So how can one learn about this unique part of Irish culture? I looked for someone who is an expert to answer my questions. and low and behold I didn’t have to look far because Eoin, the owner of Bitesize Irish Gaelic, actually found me. See interview about 100 Things You Didn’t Know About Ireland. The link is below book cover photos. 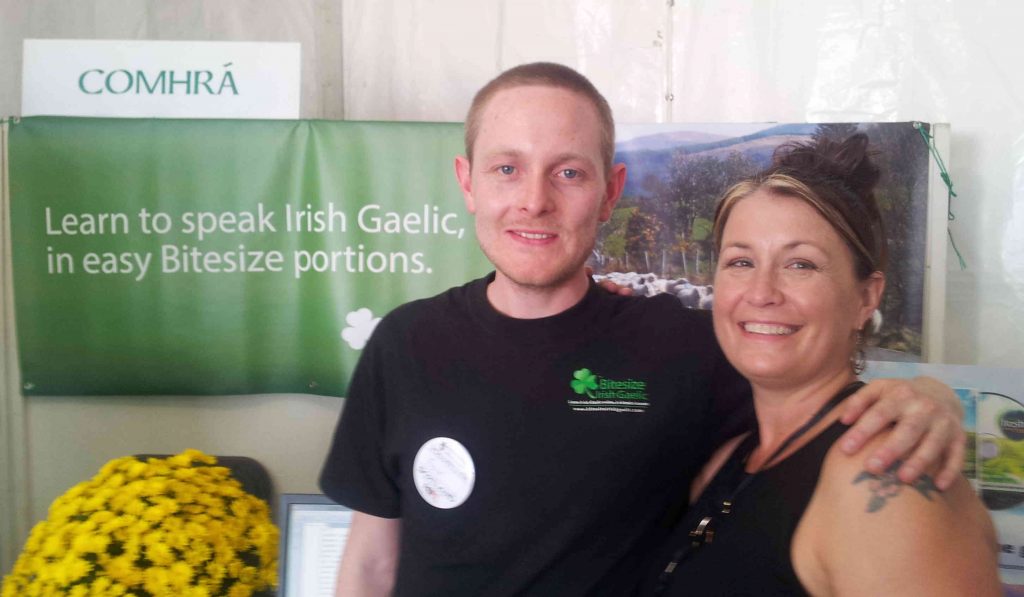 Eoin Ó Conchúir grew up in Ennis, County Clare, which is along the West coast of Ireland. Ennis itself is not a Gaeltacht area, but is rich in the traditions of Ireland. He founded the Irish language learning course online at WWW.bitesize.Irish

Eoin’s suggested to me,  If you are going to visit Ireland and wish to practice your skills or listen to the Irish language, visit a Gaeltacht area and stay at a guest house or bed and breakfast where they speak Irish at home. You can practice some words during your stay.

How many people speak Irish in Ireland?

Brighid:. Do you see that number decreasing or increasing and why?
Eoin: It seems that the language hit rock bottom around the 1970s or 1980s. Since then, there’s been a renewed energy around Irish Gaelic.
Watch TG Lurgan videos on YouTube to see this energy in young people.
I think the Irish language television station TG4 was pivotal in exposing normal Irish people to the Irish language. You can watch their programming for free online with subtitles.

Brighid:. How did you personally learn Irish? Who do you speak with?
Eoin: I was lucky enough to be brought up with the Irish language as my first language. I still speak Irish with the rest of my family. 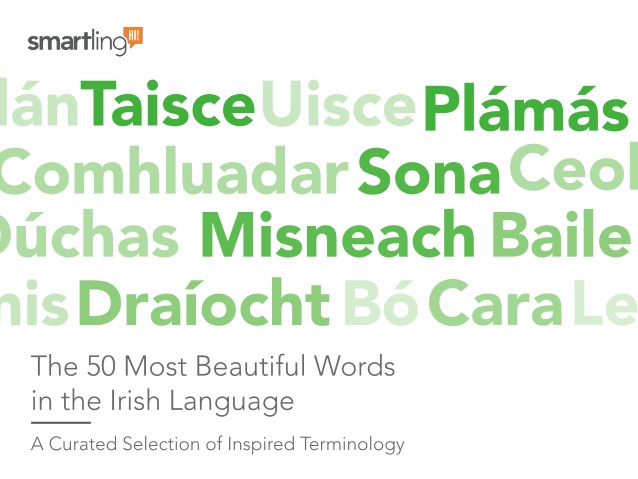 Brighid: .  Why did you choose to speak, teach, and promote the Irish language?
Eoin: I started sharing some Irish language online back in the 1990s. I was always surprised by the interest shown by people outside of Ireland in the Irish language too. From there, we’ve been building ways for people to connect in deeper ways with their Irish heritage through the language.

Brighid: . Tell us how you’ve been able to spread the language to non speaking  Irish?
Eoin: At Bitesize Irish Gaelic, you can learn to speak Irish Gaelic in Bitesize portions.
For most people, it doesn’t even make sense to try to teach what you might call “fluency.”
When you recite some simple phrases to express yourself, it’s a sure way to put a smile on the locals’ faces when you visit Ireland.
Brighid: . Why are the classes you teach bite size?
Eoin: There’s no denying it: learning to speak a language is a daunting task.The most successful learners I have come across share a trait where they appreciate the little they’ve already learned, instead of being always frustrated at what they don’t yet understand.
As the Chinese saying says, a journey of a thousand miles starts with a single step.
We break down the Irish language into Bitesize pieces so you can learn at your own pace, without getting too overwhelmed.
It’s much more important to learn regularly than to spend huge chunks of time irregularly on learning. If you take a single Bitesize lesson a day, you’re going to be making big strides over the long term.

Brighid:.  Is the Irish government doing anything to promote the Irish language in the Republic or in Northern Ireland?
Eoin: I can’t speak for Northern Ireland, since I don’t have much knowledge of it. In the Republic of Ireland, Irish language schools are hugely popular, and many can’t keep up with the demand.
If you’re looking to deal with governmental services in Irish, though, you are always going to have to fight the core system that operates at its core in English.
Brighid: Eoin, thank you for the knowledge you’ve shared about the Irish language. How can we learn more and spread the word about the the Irish language?
Eoin: Accept that learning to speak Irish Gaelic is a life-long project.
Make it part of who you are. Wear t-shirts with Irish language slogans. Post on Facebook and Twitter with even single words of Irish Gaelic. Tell your friends and family that you are learning Irish, even if you don’t expect to be “fluent” in it quickly. Search for Irish language immersion weekends in your region. You might be lucky enough that there is one running annually. Bring a friend along, and you both can have excellent fun learning something new.