After all England had done to Ireland and the history of the Great Hunger barely a hundred years before, I was floored when I found something through my research for 100 Things You Didn’t Know About Ireland. Great Britain wrought what some would call heartless vengeance onto her own people once again. During the Second World War, Ireland remained neutral, despite the fact Northern Ireland was part of the United Kingdom, which was deeply engaged in mortal combat with Germany.

This decision did not bode well with England. In fact, Winston Churchill, Prime Minister of England was furious and resented Ireland’s neutrality. In an effort to bring Ireland into the war, he implemented several strategic actions by controlling ports and shipping supplies to Ireland. These strategies had disastrous consequences, hitting the Irish population at its poorest.

With the European conflict raging, Churchill prepared to deliver several embargoes that would devastate Ireland; that is until she brought out her secret weapon to defend herself. Check out the facts below.

It was reported that several of the animals disappeared from Dublin Zoo! No doubt, people were starving.

Children felt it the quickest.

With no wheat to be had, Ireland introduced a new kind of bread, the 100 Percent Black Loaves, made with ground bone or lime powder in the place of wheat flour. Does this sound familiar? During the Great Hunger the British substituted corn for potatoes, also a poor substitute  Besides being a poor substitute, there was a more serious problem.

The ingredients used to make the bread inhibited calcium absorption, leading to widespread cases of childhood rickets across the land.
Rickets is caused by a Vitamin D deficiency and symptoms can include brittle bones, dental problems, muscle weakness, skeletal deformities and failure to thrive. 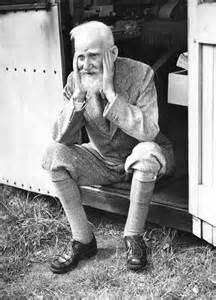 Ireland relied on exports for most of her existence. The Irish writer, George Bernard Shaw, stated, “the Irish are a powerless little cabbage garden.”

Though on the surface this may have seemed true, Shaw underestimated Ireland as did the British. Ireland had not lost the Irish spirit nor her ingenuity and determination to survive. She learned this lesson from the British personally throughout the centuries, beginning with the Reformation right down to the Great Hunger. This time, Ireland had a secret weapon. Guinness! 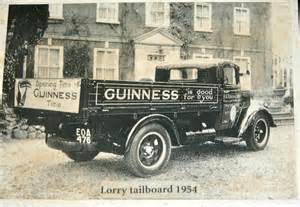 In March 1942 the Irish government banned the export of  beer to England! At the time England was consuming near a million barrels of Guinness beer annually.

Allied troops and the British army felt the sudden beer shortage the most and England’s elite commanders complained to Whitehall of their recruits’ disparities.

A short time later an agreement was made between England and Ireland.

Ireland would again receive coal, wheat, and fertilizers in exchange for Guinness beer.

How’s that for hitting the British where it hurts?

The above is a new fact from 100 Things You Didn’t Know About Ireland, not found in the old version of the book. The new revised version will have 50 more Irish history, science, and fun facts included. If you would like a FREE Review copy of the book, please email Brighid @celticbrighid@gmail.com. The new book will be published by the end of the summer