Confessions of an Irish Spy | Most Fun History Facts of Ireland
12538
post-template-default,single,single-post,postid-12538,single-format-standard,strata-core-1.0.5,strata-theme-ver-3.1,ajax_fade,page_not_loaded,wpb-js-composer js-comp-ver-6.0.3,vc_responsive

Home / BIO of Historical Figures / Confessions of an Irish Spy

Confessions of an Irish Spy 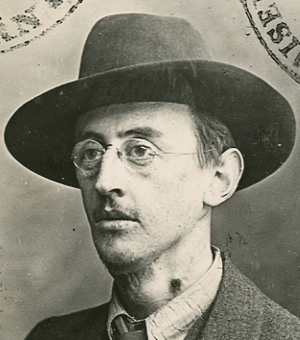 Joseph Mary Plunkett, well known as one of the signatories of the proclamation and his involvement in Ireland’s fight for independence, suffered from tuberculosis all of his life, but that didn’t stop British soldiers from executing him. Historians have found his life fascinating, especially when they learned he married his sweetheart, Grace Gifford in Kilmainham jail a short time before his execution by firing squad.  It is his sister Geraldine, who knew her brother better than anyone however.

Who was Joseph Mary Plunkett?

Born into a wealthy family in 1887, he was the 2nd born son of 7 children to George Nobel Plunkett and Mary Josephine Cranny.

Sickly, most of his life, he never let ill health stop him from learning all he could and accomplished much more than many healthy individuals.

His family owned large Georgian houses and tenements all over Dublin.

From one of the tenants, Joe obtained an infantry manual containing British tactical notes left behind by Captain Harold Kinsman. In the book were infantry maneuvers including how to destroy a bridge.  Joe used this manual to plan the Easter Rising.

Fascinated by math and science, he built a laboratory in the basement of his house.

When he was thirteen, he began to build wireless sets in his home, using his lunch money to buy equipment and books. He kept this interest in wireless communications throughout his adulthood and  delighted in teaching his younger siblings all sorts of things.

At the age of 29, he became engaged to Grace Gifford in what was to be a double wedding ceremony with his sister, Geraldine and Thomas Dillon.

They were due to be married on Easter Sunday 1916 but the Easter Rising changed all that.  While Geraldine and Thomas, who were engaged much longer than Joe and Grace, married on the appointed date, Joe and Grace postponed their wedding.

An accomplished poet and writer, Joe took over as editor of the Irish Review from Padraic Colum. He became owner of the Review in 1913.

Roger Casement was blamed or credited (depending how one looks at it)  for negotiating arms with Germany in 1915. The shipload of arms, carried by a German tugboat arrived earlier than expected for the Rising.  He also attempted to recruit Irish prisoners of war and German officers.  According to Plunkett, he took this mission on himself and not by orders from the Military Council.

Casement, who also suffered from tuberculosis, was not the perfect spy.

It is likely someone identified and followed him to Berlin.  After all was said and done; the British captured Casement on Banna Strand. They tried him in a court of law and eventually hung him for treason.

Joe, who was an admirer of Casement’s, followed him to Germany. The IRB paid for his passage. He could have easily been in the same predicament as Casement, but escaped the hangman’s noose due to his extreme caution.  Joe, who remained skeptical of those he did not know while traveling, trusted Casement but found him naive and too much in the public’s eye. Casement had been very open in writing and speaking about anti-conscription in England, so it is likely, he was under the watchful eye of the British.  Joe noticed that Casement knew he was being watched and brought a servant with him to carry his papers.  Casement introduced his servant as Adler Christiansan,  to Joe. Believing the servant was reporting to the  British government, Joe refused to use his real name around Christainan although Casement was convinced of his servant’s trustworthiness.

In addition to Joe’s careful comings and goings, he destroyed all photographs of himself and used the fake name, James Malcolm and then later, Johann M. Peter.  He hid secret documents in a hollow cane and grew a beard. There were several narrow escapes in his travels and his passport was checked everywhere.  On a boat from Barcelona to Genoa, a French warship stopped Joe’s ship, the passengers searched. After contacting some friends in Florence, he was educated in how to spot Italian spies from that day forward.

Aiden McCabe was Plunkett’s IRB contact in Dublin so he wrote to him often.  Relating in a letter about his travels to Berlin, he stated there were no sleepers. This must have been a hardship for Joe as he suffered from not only malaise but also tuberculosis. Traveling left him exhausted and ill. He writes to Aiden McCabe, “Train and train all day and night. Big towns and soldiers and soldiers and soldiers.”

At this time in history, Dublin Castle was the seat of British government. Considering Plunkett’s poor health, they were not suspicious when he left the country. It was customary for Irish gentry to flock to warmer climates in order to improve health although they were not convinced he was as sick as he was, possibly because he was so active in his travels.  As far as the British were concerned, Plunkett was hardly ill at all, but had grown tired of the Volunteers.  This may have had something to do with Joe spreading the word about Dublin that he was traveling to Jersey for his health. Whatever the reason behind the government’s disinterest in Joe’s journey, it apparently worked.

Geraldine Plunkett was probably the closest person to her brother Joseph. Although four years his junior, she often felt responsible for his safety, often at the insistence of their overbearing mother.  Joe trusted Geraldine implicitly and he confided in her often. Anticipating Gerry’s anxiety, he told her the IRB was sending him to Germany. He involved her in his plans and taught her how to cipher the coded letters he would send home. They were addressed to Aiden McCabe  and signed James Malcolm.  Aiden gave the letters to Geraldine.  After she presumably read them, she forwarded the correspondence to Sean Mac Diarmada or Patrick Pearse.

Joe confided in Gerry further, telling her the Germans had doubts about working with Casement due to his strange erratic temperament, and that he was not sent from the IRB. Although Casement laid the groundwork, Joseph Plunkett was delegated to draw up the official plans. It seemed he had a knack for international politics and knew when to ask questions, when to nod at the appropriate moment, etc. In addition, his IRB credentials gave him authenticity and confidence with the Germans. Coming from Joe, the request for arms sounded reasonable.

After Casement’s arrest and the failed mission to obtain German guns, Eoin MacNeill published a countermand of the Rising, which had been set for Easter Sunday 1916. It did however happen on Easter Monday, amid mass confusion among the Volunteers.

All over the country, Volunteers and IRB soldiers knew to stay home but those in Dublin only took orders from their leaders. Patrick Pears explained that Ireland needed a blood sacrifice in order to become free, believing their generation could not afford to miss this small window of opportunity. With the war raging in Europe, they need to strike, while England was preoccupied.

Joe kept a detailed diary, ciphering names and places, often in very good Irish. Both he and Casement tried to organize an Irish Brigade from prisoners of war in Limburg, but few were convinced to join.  He called this brigade Fianna Fail.  The diary was left in Berlin but was recovered by Casement’s cousin, Gertrude Bannister in 1918, two years after the Rising and both Casement and Plunkett’s executions.

Joe believed that without the Rising, Irishmen all over Ireland and England would be conscripted into the British army. He told Gerry that Home Rule would never happen anyway.  Given only a few weeks to live, this was his sacrifice, not only for Ireland, but to prevent so many deaths in a foreign war.